" One thing that comes to mind, while listening to Roy Casagranda's lectures is " Pre-concieved Notions ", and how much of history

was portrayed incorrectly,falsely etc, And how we have to "Forget " to re-learn

In ancient Greece, most people who worked at jobs were slaves instead of free people.

That was true for teachers, doctors, and nurses. Construction workers, policemen, hair-dressers, and mail carriers were also slaves.

So were cooks, nannies, and bakers. In ancient Greece, miners, farmhands, dancers, musicians, craftspeople, and accountants were all mostly slaves.

Interesting thing; Roy talk's of, at about 38:00 , how Art is greatly effected by poor leadership (he mentions Pepi II Neferkare) .

" The Role of Horse in Civilization "

" The Role the Camel played in civilization " 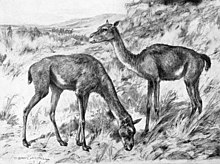 The earliest known camel, called Protylopus, lived in North America 40 to 50 million years ago (during the Eocene).[16] It was about the size of a rabbit and lived in the open woodlands of what is now South Dakota

Robin Ian MacDonald Dunbar (born 28 June 1947)[10][11] is a British anthropologist and evolutionary psychologist and a specialist in primate behaviour.[12][12][13][14][15][16][17][18][19][20] He is currently head of the Social and Evolutionary Neuroscience Research Group in the Department of Experimental Psychology at the University of Oxford. He is best known for formulating Dunbar's number,[4] a measurement of the "cognitive limit to the number of individuals with whom any one person can maintain stable