Philosophy in a New Key

I awoke this morning thinking of Susanne Langer,Derrida and Logos,

then Symbols of then Plato's Form,

provides the foundation for ;

sorting, organizing, and contrasting according to attributes and characteristics.

Derrida is well known for his term → "Derrida used "différance" because in French, it sounds the same as difference. Therefore, in speech (the supposed more present and truthful medium of communication) there is no difference between difference and différance. Only when written do we see the difference between the two words.

For example, the word "house" derives its meaning more as a function of how it differs from "shed", "mansion", "hotel", "building", etc. (Form of Content, which Louis Hjelmslev distinguished from Form of Expression) than how the word "house" may be tied to a certain image of a traditional house (i.e. the relationship between signifier and signified) with each term being established in reciprocal determination with the other terms than by an ostensive description or definition. - wikipedia

Susanne Langer's →unexplored thesis revolving around the connection of consciousness and aesthetics as well as her unusual use of language in her writing ultimately caused her to be scrutinized by her fellow scholars. However, it led her to further explore the complexity and nature of human consciousness.[7]

Langer's philosophy   -explored the continuous process of meaning-making in the human mind through the power of “seeing” one thing in terms of another.-   Langer's first major work is entitled, Philosophy in a New Key. It put forth an idea that has become commonplace today: that there is a basic and pervasive human need to symbolize, to invent meanings, and to invest meanings in one’s world.[8]                            -Symbolism-

Prefaces to the Three Editions of

Philosophy in a New Key

The “new key” in Philosophy is not one which I have struck.  Other people have struck it, quite clear-ly and repeatedly.  This book purports merely to de-monstrate the unrecognized fact that it is a new key, and to show how the main themes of our thought tend to be transposed into it.  As every shift of tonal-ity gives a new sense to previous passages, so the reorientation of philosophy which is taking place in our age bestows new aspects on the ideas and argu-ments of the past. Our thinking stems from that past, but does not continue it in the ways that were fore-seen.  Its cleavages cut across the old lines, and suddenly bring out new motifs that were not felt to be implicit in the premises of the schools at all; for it changes the questions of philosophy.

The universality of the great key-change in our thinking is shown by the fact that its tonic chord could ring true for a mind essentially preoccupied with logic, scientific language, and empirical fact, al-though that chord was actually first sounded by thinkers of very different school.  Logic and science had indeed prepared the harmony for it, unwittingly; for the study of mathematical “transformations” and “projections,” the construction of alternative des-criptive systems, etc., had raised the issue of sym-bolic modes and of the variable relationship of form and content.  But the people who recognized the im-portance of expressive forms for all human under-standing were those who saw that not only science, but myth, analogy, metaphorical thinking, and art are intellectual activities determined by “symbolic modes”; and those people were for the most part of the idealist school.  The relation of art to epistemo-logy was first revealed to them through reflection on the phenomenal character of experience, in the course of the great transcendentalist “adventure of ideas” launched by Immanuel Kant.  And, even now, practically all serious and penetrating philosophy of art is related somehow to the idealistic tradition.  Most studies of artistic significance, of art as a sym-bolic form and a vehicle of conception, have been made in the spirit of post-Kantian metaphysics. 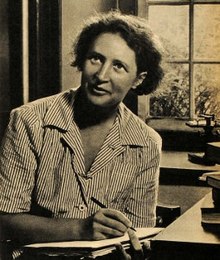 The Myth of the State

Cassirer's last work, The Myth of the State (1946), was published posthumously; at one level it is an attempt to understand the intellectual origins of Nazi Germany. Cassirer sees Nazi Germany as a society in which the dangerous power of myth is not checked or subdued by superior forces. The book discusses the opposition of logos and mythos in Greek thought, Plato's Republic, the medieval theory of the state, Machiavelli, Thomas Carlyle's writings on hero worship, the racial theories of Arthur de Gobineau, and Hegel. Cassirer claimed that in 20th century politics there was a return, with the passive acquiescence of Martin Heidegger, to the irrationality of myth, and in particular to a belief that there is such a thing as destiny. Of this passive acquiescence, Cassirer says that in departing from Husserl's belief in an objective, logical basis for philosophy, Heidegger attenuated the ability of philosophy to oppose the resurgence of myth in German politics of the 1930s.