6/03/2018- I just came across Ram Dass's website,I thought him to a very interesting fellow,he seems to be well studied in different belief system,as well as someone that has experienced life to a high degree.I guess too,because he openly accepted being a form of transgender/fem-male..(I have simplified,lol,one is either Str8 or some degree of transgender/a spectrum of)..just simpler

In the 1990s, Ram Dass discussed his bisexuality while avoiding labels.[42][43][44] He stated, "I've started to talk more about being bisexual, being involved with men as well as women," and added his opinion that being gay "isn't gay, and it's not not-gay, and it's not anything—it's just awareness." - wikipedia

"I remember a lecture Ram Dass gave once called Service in the ‘90s. He spoke eloquently about the need for service in the world and his work with People with AIDS. He emphasized the importance of caregivers to be really present with the dying. Ram Dass described the window of healing that can take place when the caregiver is present at the level of “soul friend” and the ego of the dying person cracks open to a greater level of consciousness. He tells me a story. “Some friends invited me to come visit a friend of theirs who was dying in the hospital. I came and was completely caught in the role of “Holy Man” visiting the AIDS patient. My friends played it up and I was caught in my ego-role. I visited with the patient and left. As I was leaving I thought to myself, ‘That wasn’t very much’. I walked into the stairwell of the hospital and I prayed to God and my guru for a long time. I went back to that man’s room and we had a good visit human to human, soul to soul. That day changed the way I work with other people.” Presence is the most valuable gift we can give another human being." - Alan Davidson / about Ram Dass

"Our talk turns to and hallucinogenics. I read a quote of Timothy’s. LSD shows that “spiritual ecstasy, religious revelation and union with God were now directly accessible” to everyone. I ask Ram Dass what he thinks of hallucinogenics as a spiritual path. His eyes grow wide and sits straight up in his wheel chair as he exclaims, “It is a fabulous path. Everyone should try it!” I laugh and tell him the story of the peyote button and my first introduction to his work. He laughs and says, “If you’d taken the peyote you wouldn¹t have needed to buy my book.” On his web site (www.ramdasstapes.org) there are photos of Ram Dass, sitting in his wheel chair on a mountaintop, at the annual Rainbow Gathering. That’s the outdoor gathering of the hallucinogenic culture held in remote areas where LSD, psilocybin mushrooms, and pot fuel ‘60s-style celebrations of God, Goddess, Mother Earth and the joys of Love and humanness."-Alan Davidson / about Ram Dass 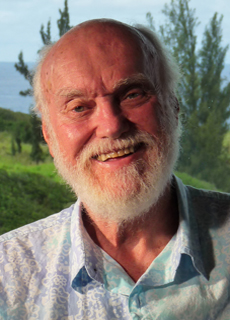 "Helping out is not some special skill. It is not the domain of rare individuals. It is not confined to a single part of our lives. We simply heed the call of that natural impulse within and follow it where it leads us."