Spiral Dynamics and Similarity to Allegory of Cave

as a whole we have not even gotten deeply embedded in green stage, let alone yellow, and we are now facing global environmently mayhem!

First ; I thing a person needs to Look at Spiral Dynamics as a "Map" only thus also realize "The map is not the territory"

I liked this Article on The map is not the territory;

The map is not the territory metaphorically illustrates the differences between belief and reality. The phrase was coined by Alfred Korzybski. Our perception of the world is being generated by our brain and can be considered as a 'map' of reality written in neural patterns. Reality exists outside our mind but we can construct models of this 'territory' based on what we glimpse through our senses.

The metaphor is useful for illustrating several ideas in a more intuitive way:

Since a holon is embedded in larger wholes, it is influenced by and influences these larger wholes. And since a holon also contains subsystems, or parts, it is similarly influenced by and influences these parts. Information flows bidirectionally between smaller and larger systems as well as rhizomatic contagion. When this bidirectionality of information flow and understanding of role is compromised, for whatever reason, the system begins to break down: wholes no longer recognize their dependence on their subsidiary parts, and parts no longer recognize the organizing authority of the wholes. Cancer may be understood as such a breakdown in the biological realm.

When any system at equilibrium for a long period of time is subjected to change in concentration, temperature, volume, or pressure, then the system readjusts itself to partly counteract the effect of the applied change and a new equilibrium is established.

In other words, whenever a system in equilibrium is disturbed the system will adjust itself in such a way that the effect of the change will be reduced or moderated.

This principle has a variety of names, depending upon the discipline using it (see homeostasis, a term commonly used in biology). It is common to take Le Chatelier's principle to be a more general observation,[1] roughly stated:

Self-organization is a basically a process of evolution where the effect of the environment is minimal, i.e. where the development of new, complex structures takes place primarily in and through the system itself. As argued in the section on evolutionary theory, self-organization can be understood on the basis of the same variation and natural selection processes as other, environmentally driven processes of evolution.

About "Representation and Change" 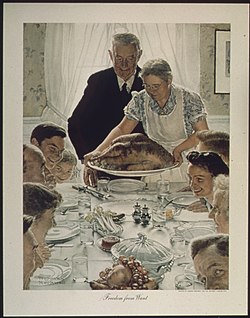