When I was in Alcohol Rehab-They stressed the need to find a "Higher Power",whatever it may be. For myself,there was a prayer that I adapted to my own spiritual belief system "Nature",so not many days went by that I didn't repeat in my mind- "Nature " (God) grant me the courage to accept that which I can not change"

It’s worth noting that our basic desire for happiness is fine. It’s not a problem and is actually a good and wholesome thing. It’s the strategies we adopt in order to find happiness that can be the problem. The question is, do those strategies work? And the ego strategy of clinging and aversion simply doesn’t work

Clinging, or holding on, is simply the attempt to stay with those things that we think are sources of happiness. Ultimately this is fruitless because everything changes. If I see a new relationship or a material object as sources of happiness, I’ll suffer when that relationship or material object change — as they inevitably will. It’s not that I can’t enjoy these things: in fact I’ll enjoy them more if I don’t cling to them, because I won’t be surprised and disappointed when they change.

Where happiness comes from is accepting impermanence. The mind that lets go is a mind that is at ease. It’s a mind that’s no longer trying to “fight” reality by trying to grasp the ungraspable.

excerpt from calmdownmind.com; " Find out who you really are as a person and get a clear picture of the personality that is “you”. Any behavior/thinking-pattern that does not fit in with this personality is in conflict with it and hence needs to be dis-identified with fully. When you really know who you are as a person, it’s not possible to have conflicted behaviors."

Excerpt from : "Let Go of Control: How to Learn the Art of Surrender by Dr.Amy Johnson"

Einstein said, “The most important decision we make is whether we believe we live in a friendly or hostile universe.”

I believe in a friendly universe.

Being receptive and allowing things to happen is a skill that can be practiced and improved upon. It helps to believe in a friendly universe—one that is supporting you at every turn so that you don’t have to worry yourself over the details.

We can always choose to do things the easy way or the hard way. We can muscle through, or we can let go of the oars and let the current carry us downstream.

There is a peaceful, yet focused energy that accompanies holding the intention of what I want, but not forcing myself to do it. That energy is magic. I’m still a work in progress, but I’m allowing it to become a habit instead of making it a habit.

Our ability to surrender has a direct relationship with our identity. “The habitual and reactive ‘no’ strengthens the ego. ‘Yes’ weakens it. Your form identity, the ego, cannot survive surrender.”  Choosing response (surrendering) over reaction is depriving the false self of the energy upon which it feeds. “To surrender means to release the identification we have with self-protection and our own personal dramas, and to find a greater identity in the whole of creation.”

Harry Tiebout M.D-Harry M. Tiebout M.D. (2 January 1896 – 2 April 1966) was an American psychiatrist who promoted the Alcoholics Anonymous approach to the public, patients and fellow professionals. He served on the Board of Trustees of Alcoholics Anonymous from 1957–1966 and was president of the National Council on Alcoholism from 1951-1953.

The Reason I bring Dr. Tiebout up here is, the above website (The Act of Surrender), Now This was his belief-

The hallmark of Tiebout's work was his ability to explain 12 step ideas in psychoanalytic terms. The primary source for the steps was a religious movement popularized by Frank Buchman, with elements of the Higher Life movement tradition combined with the personal-evangelism techniques developed within the YMCA movement in the early 20th century. The Oxford Group had a successful program involving public and private meetings for witness and confession, as well as individual work. Their concept of "surrender" was the traditional Christian one, as a contemporary observer noted:

Surrender means the complete surrender of the will to Christ. They make no claim that this is easy. It may mean an entire change in one's whole life plan. It has meant just that for many of the Groupers. But it is necessary. So long as there are reserved areas in a man's life, they assert, he cannot expect to enter into a wholly satisfying experience of God.[20]

Conversion, surrender, confession, restitution and the necessity of evangelizing others were ideas brought from the Oxford Group to Alcoholics Anonymous by members who had found that the intense religious devotion they inspired was the key to a changed life. Tiebout understood the concepts in a more secular way, and approved of them.[18][21][22]

Tiebout had found that superficial compliance in therapy often correlated with lack of real change, and he saw in the AA concept of surrender an antidote to this phenomenon. An act of surrender was the only cure, or practically the only one, to the problem of "compliance", or partial surrender to the psychiatrist's authority and the authority of the reality principle. Tiebout described true surrender as "an unconscious event, not willed by the patient even if he or she should desire to do so. It can occur only when an individual with certain traits in his or her unconscious mind becomes involved in a certain set of circumstances," essentially the circumstances of "hitting bottom".[21]

Conversion, for Tiebout, was a spiritual awakening made possible by the person's recognition of his own egocentricity. The central effect of Alcoholics Anonymous was "to develop in the person a spiritual state which will serve as a direct neutralizing force upon the egocentric elements in the character of the alcoholic." A "vague, groping, skeptical intellectual belief" would not accomplish this but only a true emotional religious feeling, for "unless the individual attains in the course of time a sense of the reality and the nearness of a Greater Power, his egocentric nature will reassert itself with undiminished intensity, and drinking will again enter into the picture."

I personal don't go to- AA (Alcoholics Anonymous)- don't get me wrong,AA has it's place.

Yet for myself ,I see it only as a place for short term help,til one can stand "Alone"-like all clubs,churchs,culltures etc. it is a form of "Institutionalisation"  (Institutionalisation (or institutionalization) refers to the process of embedding some conception (for example a belief, norm, social role, particular value or mode of behavior) within an organization, social system, or society as a whole. The term may also be used to refer to committing a particular individual or group to an institution, such as a mental or welfare institution. The term may also be used in a political sense to apply to the creation or organisation of governmental institutions or particular bodies responsible for overseeing or implementing policy, for example in welfare or development.)-a social,man-made construct

Just Like all things-We are ever Changing,yet we also must remember,The Individual Changes prior to the Club,Institution etc.

I think AA will evolve,just as religions must(or else they will disappear),as self-actualization(the Individual changing),is seen to be the truly only method for the group,society,etc. to change. A Individual, I heard once say " All true great Change occurs and starts around the edges by the Individuals,never in the Center by the Group as a Whole."

Accepting that I am a "fem-male" first could not be realized until ,I fully realized that was simply my "Nature", more complex,yet not so different then ,my favorite color,or any other thing I am attracted to.

Accepting that there isn't likely a "Mate" for me- based on our societies current "Construct"- one reason I have been Celibate now for nearly 13 years. I can't say I don't desire having a relationship,yet the complexity etc. , just doesn't seem that important anymore.
Accepting it is Ok to do Fem-things like wearing my "leg warmers" 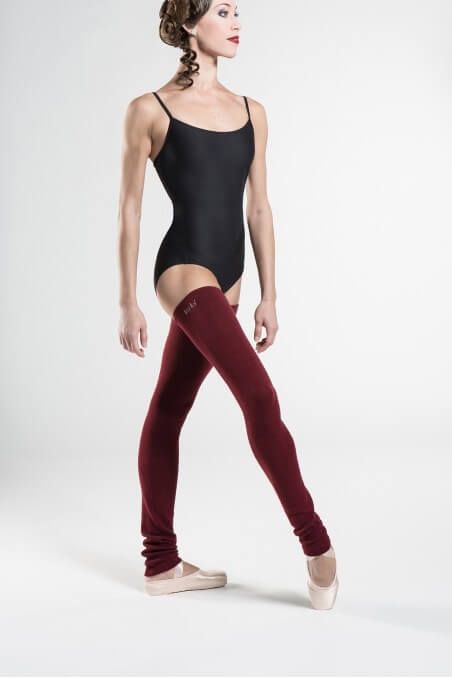 It is much easier to accept one's true Nature then battle it,just because society has constructed a belief system that everyone should be a certain way.
One of my Hero's has always been Klinger of "Mash" t.v show 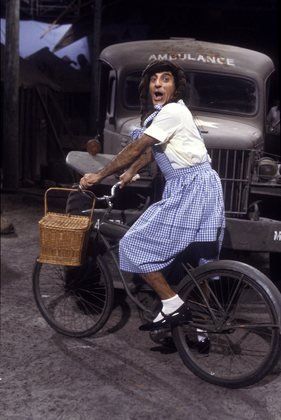 After years of research of the Third-Gender.two-spirit,Fem-male type person,thoughout the history of Humanity we are found to be about 1 to 2 percent of the male population in all cultures world wide- this helps to realize

I can very much relate to what transsexual Nancy Hunt says: in her memoir Mirror Image (Holt, Rinehart and Winston, 1978). “I was feverishly interested in [girls],” Hunt writes. “I studied their hair, their clothes, their figures. And I brooded about the increasing differences between us. I seethed with envy while at the same time becoming sexually aroused—I wanted to possess them even as I wanted to become them. In my night-time fantasies, as I masturbated or floated towards sleep, I combined the two compulsions, dreaming of sex but with myself as the girl.”

I also relate to the quote " The Muse is to be seen,and admired,yet not touched,nor possessed",,I love beautiful women,just in a different way then most men it seems, I don't wish to mate with them,simply admire them.

Excerpts from: "Becoming what we Love"

Because it is revealed rather than chosen, sexual preference is felt as deeply rooted and deriving from one’s nature. To the degree that one utilizes sexuality (for pleasure, for adaptation, as the resolution of unconscious conflict) and to the degree that sexuality is valued, one’s sexual “nature” will be experienced as more or less central to personality. To the extent that an individual’s sex print “deviates” from the culture’s prescription for sexuality, it may be experienced as even more central to identity (at least in this culture). So, for example, many transsexuals and transvestites report both relief and a sense of personality consolidation when “I found out what I am,” when “I found out there were others like me.” (p. 51)
CONCLUSION
The concept of autogynephilia is essential to understanding the increasing prevalence of atypical MtF transsexualism in Western countries. Autogynephilic transsexualism is a manifestation of paraphilic sexuality, but thinking about autogynephilia as a purely erotic phenomenon is not the most helpful approach for clinicians who want to achieve a sophisticated understanding of their nonhomosexual MtF transsexual patients. Thinking about nonhomosexual or autogynephilic MtF transsexuals as men who “love women and want to become what they love” offers a more accurate and more richly informative model for clinicians.

Let me point out here- It is important we accept others as they are,yet we also have to select whom we become close to(those whom we confide in,trust,look to for guidance-for myself only those whom are trying to self-actualize,do I wish in my close personal sphere)

I believe this is why our Leadership fails over and over,we continue to select people whom are not self-actualized,nor making any attempt toward it,they simple are seeking power,yet don't know the proper use of power, again doing same thing over and over.
Mobile Site