Where do we Begin ?

-Desire first of all-

Cognitive dissonance might be the best thing to understand,prior to beginning any studies,a good open-minded understanding what it is,how it applies to everyday life.

My goal,objective, etc. has always been to create a formula for teaching, not just a Theory, but actual way of teaching young people to grow,evolve to be as creative,open-minded, in essense " Self Actualize ", after writing " T.V set " and then beginning to build my little ship "Pre-Concieved Notions", and had been studying Albert Einstein's " Ideas and Opinions " since mid 90's,in which his " Liberation from Self " caught my attention, at that time I was un-aware of "Maslow's Hierarchy of Needs",yet the two ideas very similar. However The Allegory of the Cave, or Plato's Cave, was presented by the Greek philosopher Plato in his work Republic to compare "the effect of education and the lack of it on our nature". It is written as a dialogue between Plato's brother Glaucon and his mentor Socrates, narrated by the latter. The allegory is presented after the analogy of the sun and the analogy of the divided line. All three are characterized in relation to dialectic at the end of Books VII and VIII.

♥ I see one must begin with Understanding the Concept of "Allegory of the Cave", in order to even Teach.

♥ So we must teacher how to teach with the "Whole person" in mind,not just how to add two numbers,etc.

♥ We as Individuals must understand that each and everyone of us is to some degree a prisoner of the Allegory of                  the Cave, held there by " Pre-Concieved Notions"

If one Wants to know the true importance of "Art",many,many have talked of it,,two I have studied  Susanne Langer and James Baldwin, would most agree in saying " The Artist is the Vanguard of any Great Society- Rush's song, though simple, defines this idea

I think our whole educational system, has to change for the better, even though one "Generation " maybe lost to the fragmentation of past methods, doesn't mean we keep doing the same thing,over and over.

I being Androgynous,(identify with  Hermaphroditus), very much related to the brain being split into 2 hemispheres for many reasons.

One is seeing world in big picture perspective (or at least great desire to).

Another aspect for myself, and from early youth desiring the "Feminine " aspect both "Psychologically" and " Physically"

Another is always having a great need to sketch,draw etc. 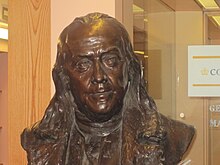 Franklin sought to cultivate his character by a plan of 13 virtues, which he developed at age 20 (in 1726) and continued to practice in some form for the rest of his life. His autobiography lists his 13 virtues as:

America is the only nation brought forth by a set of beliefs, and those beliefs, captured so eloquently in our founding documents, are some of the most powerful and inspiring ever conceived. We consider this to be the land of the free, where the individual is supreme and nothing prevents us from going as far as our talents can take us. That image of America - that "brand" - is incredibly strong.

However, there's a very large gap between that long-held image and the reality of America today. What was once a government built for the people is now a government run for the rich and powerful, one that throws the people under the bus whenever their interests differ from those of the corporate and political leaders who run the show. And living in one world (the corrupt) while stubbornly believing you live in another (the ideal), despite mounds of evidence, causes a distinct kind of stress, often called cognitive dissonance

Psychologists suggest that when people are in a state of cognitive dissonance, they'll search for a way to resolve it, either by rejecting one view or the other as either wrong or unimportant. If you're a smoker looking at the link between smoking and cancer, for example, you'll either quit smoking or decide that the research is biased, wrong, or doesn't apply (in other words, that you're smart enough to quit before the long-term damage is done).

But what happens if you can't resolve the two?

For most of us Americans, resolving our cognitive dissonance would mean either accepting that we're impotent and living futile (and feudal) lives, or rejecting our lifestyles and actively fighting the rot in the system. If we're not willing to do either of those, the dissonance stays - and eats at us.

From my view point,if looking at our current Leaders, from Federal government down to the teachers at the local high school, few if any are Self-Actualized!